Home/What Is Wealth?
Previous Next

Wealth needn’t solely be determined by the accumulation of financial riches — it can mean a whole host of different things to different people. From voluntary work that helps save the lives of others to having the autonomy to pick and choose working hours via the good fortune of enjoying and maintaining excellent health, here’s six homegrown business leaders on what wealth means to them. 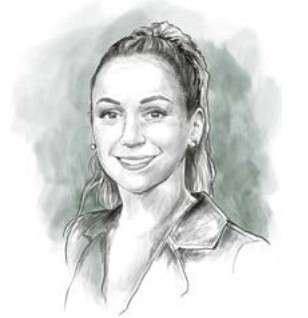 Tanya Dontas and husband Matthew Boyd, who together are the Millennial co-founders of Vollie (www.vollie.com.au), live by a mantra: ‘The new millionaires are those that save a million lives.’ They believe wealth is having the ability and capacity to help others.

Their website, which launched in 2016, connects would-be volunteers with not-for-profits and charities around the country. Vollie’s powerful database helps Australians to identify the areas where their skills and experience could have the greatest impact.

The pair both gravitated towards volunteering in their early 20s. “While we had good jobs [in marketing] that provided financial stability, we were lacking fulfillment and happiness,” Dontas says. “Through volunteering, we discovered just how much giving back could enrich our own lives, as well as the lives of those we were helping.”

They hope the Vollie model — which allows people to participate in flexible volunteering, rather than making an ongoing commitment — will appeal to the young professional demographic.

“In Australia, Millennials record the lowest volunteer rates of all working generations,” Dontas says. “This isn’t because they don’t care, it’s because volunteering hasn’t evolved. That’s why we launched Vollie; to bring volunteering into the gig economy and create a new form of on-demand volunteering.” 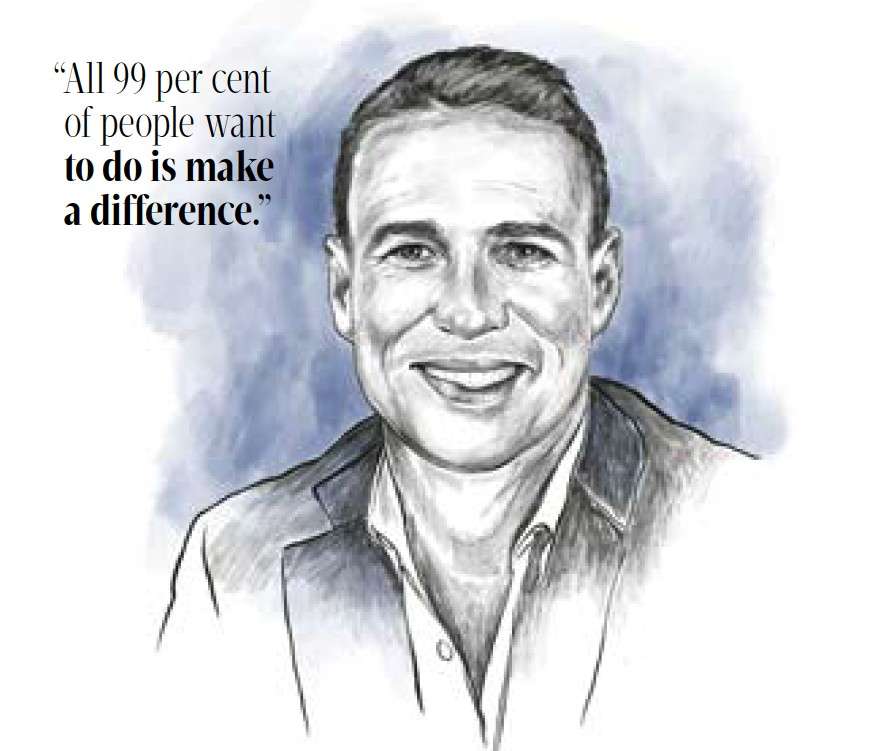 For Tim Guest, wealth is autonomy. “It’s the freedom to pursue the things that really matter to you,” says the investor and motivational speaker. “Wealthy people aren’t locked into jobs they hate for 40, 50, 60 hours a week.”

After investing in real estate in Western Australia, Guest was able to retire at the age of just 27. However, he soon grew restless. “Even though I had financial wealth, I was actually still pretty miserable and unfulfilled,” he recalls.

So in 2010, he reinvented himself as a financial advisor and philanthropist; since then, he has spoken to more than 14,000 people at seminars, raised funds for a diverse group of charities and also appeared on the thought-provoking SBS television series Filthy Rich and Homeless.

The mission statement of his financial-advisory business, called Infinite Wealth, is: ‘To educate people about how to free themselves from the constraints of their finances so they can pursue the things that matter to them.’ “Once they’re free from those constraints, all 99 percent of people want to do is make a difference,” he says, “whether that be working with kids with cancer or tackling poverty in developing nations.”

Guest grew up with his family in the low-income suburb of Gosnells on the outskirts of Perth. “We always got by, but I knew we were poor,” he explains. “That was OK, but then, during the recession of the late 1980s and early 1990s, my dad got made redundant. He was unemployed for two years, and it was a really tough time. The day that changed my life was the day I walked in on my dad crying. I’d never seen him cry before — my dad is ex-military, ex-farmer. They don’t cry. I realised, ‘This is what financial stress can do.’”

These days, the self-made millionaire says sharing what he’s learnt about financial literacy has made him feel truly wealthy for the first time in his life. “It might sound idealistic,” he says, “but I want to change the world.” 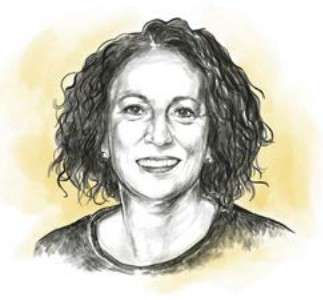 The longtime Oxfam Australia chief is a believer that good health is the truest indicator of wealth.

“Good health is essential to having a rich and meaningful life,” she offers. “You need good health to work, to carry out daily activities, to socialise — basically to engage as an active member of society.” And, she says, the growing material wealth among some of us is damaging the health of others.

“What we have observed over many years is that one of the biggest drivers of poverty globally is a systemic, widening gap between the haves and the have-nots,” Dr Szoke explains. “Our research shows the rich are getting richer while the poor and marginalised very often get left behind.

“Oxfam says this: if multinational companies were paying their fair share of taxes around the globe, at least some of these billions could go to the crucial public health services needed to begin to rebalance the equation.”

In Australia, Dr. Szoke points out that Aboriginal and Torres Strait Islander people fare much more poorly than the rest of the population in terms of health. She explains that Australia’s First Nations peoples have a life expectancy 10 years shorter than non-Indigenous people; infant mortality is almost double that of non-Indigenous babies, and Indigenous people still experience higher rates of preventable illness such as heart disease. “We will only be blessed as a nation when we see a commitment to real change to turn this around for Indigenous people, and Oxfam won’t stop calling on governments of the day to step up to the mantle on this,” she says. 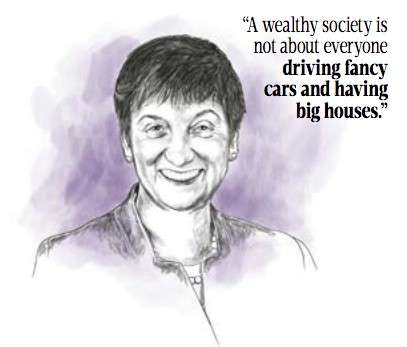 Jennifer Westacott believes many individuals and governments think about wealth in too-narrow terms. The veteran public-policy expert defines it as the wherewithal of an individual, family or society to do the things they want to do, make the choices they want to make and look after the most vulnerable people around them — both now and in the future.

“A wealthy society is not about everyone driving fancy cars and having big houses,” she says. “It’s not about everybody having open slather. It’s about being able to pay for hospitals and schools, giving people opportunities, looking after our country and giving us resilience when things go wrong.”

Westacott has developed her philosophy on wealth during a career encompassing the public and private sectors. She spent two decades in state government, including as the director of Housing and secretary of Education in Victoria and director general of the NSW Department of Infrastructure, Planning and Natural Resources. More recently, she was senior partner at KPMG, heading up its Sustainability, Climate Change and Water practice and its NSW State Government practice.

Late last year, Westacott published an op-ed in The Sydney Morning Herald in which she warned Australians: “The longer we wait to reform our economy, the fewer options we have left.

“My call to politicians and decision-makers is to start getting us ready so that we are able to withstand shocks and we are not just hoping it will all turn out for the best.”

She says high levels of household debt, economic reliance on China and the complacency of successive governments have made Australia vulnerable. “We’re hoping that things continue along as they have, but we can’t be sure of that,” she says. Westacott advises that governments and families should ask themselves the same questions in order to achieve a state of wealth: “How do we get ahead? How do we plan for the future? And how do we prepare for the things that we can’t control?” 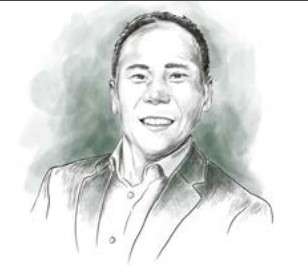 Corporate high achiever and refugee advocate Huy Truong points out that wealth is relative. His micro-financing organisation Thrive Refugee Enterprise works with new arrivals to Australia who, by most Western metrics, have very little. “But these new Australians feel incredibly wealthy, even though their material assets are still relatively modest,” Truong says. “Being in Australia has given them the opportunity to rebuild their economic and personal lives without fear of persecution.”

Truong, whose family arrived by boat from Vietnam when he was seven years old, says financial self-reliance is another key measure of wealth for refugees and asylum seekers. “The prospect of building a business and generating an income that can support their family with safety, food, shelter and education is a reality that is far beyond anything they could once have dreamed of,” he explains.

Since earning his MBA from Harvard Business School, Truong has blazed a trail in Australia, founding private equity fund Yarra Capital Partners and serving as CEO of Jurlique International, among other roles. In addition to his work with Thrive, he is co-owner and CEO of the Australian Life Insurance (ALI) Group.

Truong explains that his journey has taught him that true wealth is not two dimensional. “Genuine wealth caters for factors such as state of mind, independence, freedom, family and friendships,” he says. 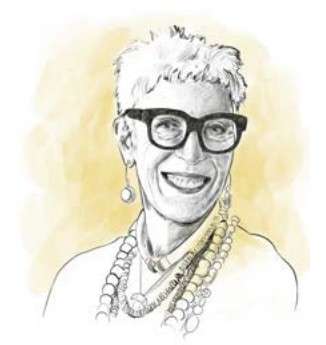 Many of us don’t realise exactly how wealthy we are, according to social entrepreneur Ronni Kahn. “There are two figures that a lot of Australians are still not aware of,” she says. “One is that, in Australia, we waste the equivalent of $20 billion in food annually, and the other is that there are four million people in Australia that need food relief at some point through the year.” Kahn believes having more than you need — as an individual or at the national level — is the truest indicator of wealth. By that measure, Australia as a whole is very wealthy indeed. But statistics also show much of our material wealth is not reaching those who need it most.

Kahn’s career as a corporate events manager revealed to her the extent of Australian food wastage. It also left her unfulfilled. “I set up OzHarvest in 2004 because I wanted to find purpose and meaning, thinking it would be an adjunct to my life,” she says. Initially, she remained an events producer while building up the charity. In 2011, after being named 2010 Local Hero at the Australian of the Year Awards, she let go of her former work.

Since then, OzHarvest has grown exponentially. “We’ve just delivered our 100 millionth meal of good food that would otherwise go to waste to feed those in need, and we’ve successfully helped Australia halve food waste in line with the United Nations’ sustainability development goals,” says Kahn, who this year became an Officer of the Order of Australia (AO).

But there is more to do, Kahn says. “We should be paying five times as much for every single product on the supermarket shelf, given the labour, the energy, the fuel and the water it takes to produce it,” she says. “And yet, we get that food cheaply. Because of that, I think we still have an inadequate understanding of the value of our food.”