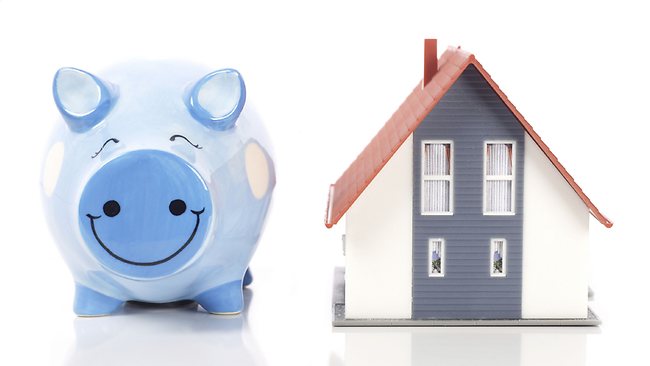 Households are being urged to continue bolstering their saving and resist the attractive loans on offer from the major commercial banks by the Reserve Bank, as the economy works its way out of its historically high debt levels.

Despite financial stress and mortgage arrears falling in most parts of the country, the RBA said the household savings rate of just over 10 per cent, which is well above its 20-year average, must be maintained and debts paid down.

And the central bank’s half-yearly Financial Stability Review warns investors the upward swing in global markets this year may only be temporary with the crisis in Cyprus a clear warning of the risks that still remain as the global economy works its way out of its financial hangover.

The RBA’s increasingly optimistic outlook has seen JP Morgan yesterday push back its tip of another and final interest rate cut, to take the official cash rate to a record low of 2.75 per cent, from May to November.
This comes as the RBA confirms the cost of wholesale funding – the level at which banks borrow from each other – has dropped to its lowest level since the GFC began in 2008.

But instead of using this drop to lower borrowing costs for consumers, the banks have continued to strengthen their capital, funding and liquidity positions.

The Financial Stability Review also said that while ANZ accounted for a large part of the growth in Asia with its super regional strategy to generate 25-30 per cent of its business from the region by 2017 – all the big banks have increased their exposure in the past five years.

International Banking Statistics shows Australian banks assets in Asia has risen from $27 billion in 2007 to $112 billion at the end of last year.

But the report warned that while the more prudent approach of the post global financial crisis period has helped bring household debt-to-income ratio down from 153 per cent in late 2006 to 148 per cent it was still to high and paying down debt must continue to be priority.

The US rate peaked at 133 per cent during the sub-prime boom.This more cash-conscious approach has however seen household’s mortgage buffer surge to over 20 months – this is scheduled repayment plus interest – in the past five years.

“Housing loan arrears rates have continued to improve across most parts of the country and other indicators of household financial stress remain low,” the RBA report said.

“Nonetheless, household indebtedness and gearing remain around historically high levels. It would therefore be undesirable from a financial stability perspective if households were to exhibit less prudent behaviour than they have over the past few years.

“This increasingly conservative approach to family finances has seen the net worth of the average household rise to $721,000 – this includes property assets, superannuation and savings in the March quarter.