Perth property market on the rise

Home/Perth property market on the rise
Previous Next

Perth property market on the rise 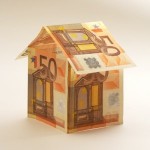 Western Australia’s land authority says confidence in the property market continues to strengthen with figures showing an increase in activity for the month of February.

Landgates’s report shows a 10 per cent increase in the number of documents lodged compared with the same time last year.

“We’re also starting to see properties sell above a million dollars and that would indicate that second home owners and traders, people trading up, are purchasing properties which would indicate we’re getting back to a more normal level of market activity.

He says the market looks like it will continue to strengthen.

“We’re on track to see property activity increase by about 12 per cent this financial year compared to last financial year, and traditionally there’s a spike in activity in the lead up to Easter.

“I think that’s likely to occur this year and it hasn’t occurred every year in the last few years.”