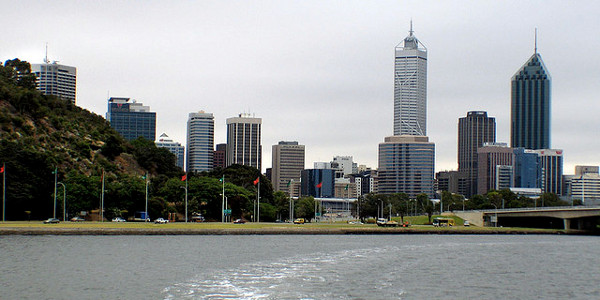 There was a clear lift in both the median house price and turnover in the property market at the end of last year, according to REIWA data released on Friday.

The lift in median price is due to a welcome surge in turnover with more expensive properties, particularly in the $600,000 – $700,000 range.

Very strong first home buyer activity means that many people looking to sell an existing home and move on have a ready pool of eager buyers.

This scenario is reflected in the fact that the top two suburbs for price growth in the December quarter were outer-suburban, affordable, Calista and gentrified, upper-market Mount Lawley.

REIWA reports a modest rise with metropolitan units and apartments of around 2 per cent to a median of $410,000. It is not surprising stronger growth is mostly with inner-city areas such as Highgate and Burswood where demand was higher.

The more interesting news to come from our December analysis is that the number of selling days has dropped from 71 to 62 and the number of sellers dropping their asking price has fallen from almost 60 per cent to around 55 per cent. Together, these factors illustrate that the market is clearly improving as sellers get the pricing right and buyers respond in better time.

Of those sellers who dropped their asking price to seal the deal, the average discount was 5.5 per cent. The percentage of discounting also seems to be trending down as the market improves.

Total dwellings sales statewide for the December quarter are estimated at 11,600, around 15 percent up on the same time last year.

The regional market was pretty stable with the median house price unchanged at $365,000 and virtually equal to a year ago. Blocks of land in country WA are also sitting still at a median of $165,000, although regional units and apartments slipped a little, dipping by just over 3 per cent to $315,000.

The Perth rental market is still tight. The equilibrium for the metropolitan vacancy rate is 3 per cent, but currently we’re at 1.9 per cent and this is likely to shrink further during the March quarter, a traditionally busy period in the rental sector.

The Perth median rent remained stable at $450 per week during the December quarter, marking the first time in year that the median rent has not crept up. However, while the median remains unchanged, rents specifically for houses went up by $10 to $460 per week and for units and apartments dropped by $10 to $420 per week.

Preliminary estimates indicate Perth will record nearly 12,000 land sales for the 2012 year, which is a 37 per cent increase on 2011. The southwest and northwest corridors accounted for half the sales.

The southwest corridor covering the Cockburn and Rockingham-Kwinana regions is the most affordable area in Perth in which to buy land with an annual median of $210,000.

By contrast, the median land price in the northwest corridor, covering the Joondalup and Wanneroo local authorities was higher at $240,000 across last year, while a median of $394,000 was determined for blocks that are within roughly ten kilometers of the CBD.

REIWA data on annual medians across 2012, show that in the regions, Port Hedland finished the year with 12 per cent growth and a median price of $880,000, providing further evidence that sections of the mining sector are still having a profound effect on property in parts of the northwest.

Kalgoorlie-Boulder was the second best regional performer with 4 per cent growth during the year and a median price of around $343,000.

In the Midwest, Geraldton- Greenough experienced just under 3 per cent growth and settled with a median house price of $380,000.

The poor performer was Albany, dropping to a median of $355,000 after experiencing negative growth of 4.4 per cent over the year.

To put these regional figures in context, metropolitan Perth had overall growth in 2012 of 2.3 per cent, although 2013 looks like being a better performer right across the board.