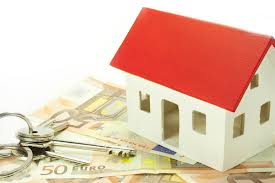 PERTH’S property market is on fire and being stoked by the perfect combination of short supply and hungry first home buyers.

Homes are selling within hours of their first home open, with record numbers of attendees, multiple offers received sometimes for above the asking price. Some agents have declared better results than the last boom of 2007.

“Homes that are overpriced will sit on the market and continue to attract low offers,” she said. “The market had a real buzz right from the second week of January this year, after picking up steam in November and December.”

Ray White Uxcel Morley principal Sarah Kinsey said her agency recorded its best sales month on record in February this year, with the highest number of sales, highest prices and the most people through opens inspections since the agency opened in 2007.

Beaufort Realty sales assistant Jen Jones said her team had a record nine sales in three weeks, with a number of homes sold at the first home open and sales negotiated up to $80,000 over the asking price.

The latest REIWA statistics on the average “days on market” show 62 days for the December quarter, down from 71. However REIWA president David Airey said March figures are likely to be significantly lower.

Both Mr Airey and Momentum Wealth managing director Damian Collins said properties in the lower price brackets were selling particularly fast because of the huge influx of first-home buyers. Mr Airey said he believed consumers were more confident as people rightly believed the market had turned and would only improve.

“With interest rates being low, now is the time many people are looking for a bargain; keen not to miss the opportunity to enter the market at a good time in the housing cycle,” he said.

Mr Collins said the speed of sales was due to dropping stock levels with the number of properties available for purchase dropping since the start of the year to less than 8900 properties this week.

He said buyers felt more competition to purchase the limited stock available and were making purchase decisions quickly to avoid missing out.

“While six months ago the activity and competition was in established inner-city areas, the competition has spread and most areas of Perth at the lower and middle price sectors are experiencing high demand and sometimes multiple offers on the same property,” Mr Collins said.

However some agents were wary of the fast-sales phenomenon. Realmark managing director John Percudani warned sellers they risked under-selling by taking an offer at the first home open or selling “off market”.

“This is often the risk in a rising market, as we have now, where buyers are generally more in tune with and sensitive to value shifts than sellers and maybe even some agents,” he said.

“How do you know unless you have tested the market that you have not undersold your property?”

Ms Kinsey agreed saying she generally discouraged her clients from taking offers made before or at the first home open.