Home buyers in for a tough time

Home/Home buyers in for a tough time
Previous Next

Home buyers in for a tough time 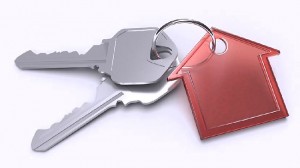 Home buyers need to act soon to get on the property ladder, as lower interest rates and investors continue to drive up house and unit prices.

On the flip side, it’s encouraging news for homeowners with dwelling prices in capitals turning a corner, lifting 5 per cent since the market bottomed a year ago.

The latest RP Data figures out today also showed that city dwelling values rose 2.3 per cent in the three months to August.

And in another sign that potential home buyers should ditch their landlord sooner rather than later, rents show no signs of easing in any of the major cities.

Despite the softer mining sector, Perth remains the top performer with dwelling values climbing 4.4 per cent during the quarter. Adelaide was the market underdog as values slipped 3.1 per cent. Houses in Darwin had the highest rental yields at 6.2 per cent and units at 6.0 per cent.

Not surprisingly, Sydney retains its title of the most expensive city with a median dwelling price of $570,000 and Hobart the most affordable at $305,000.

RP Data research director Tim Lawless said the rising prices would see the issue of housing affordability back in the headlines.

But he said despite stronger dwelling prices, the market remains a mixed bag.

“The housing sector is being buoyed by very positive conditions in Sydney, Perth, and to a lesser extent Melbourne, with residential values in these cities now 3.7 per cent, 4.4 per cent and 2.4 per cent respectively higher over the past three months alone,” Mr Lawless said.

“At the other end of the scale you have cities like Adelaide, Brisbane and more recently Darwin where conditions are more sedate with dwelling values slipping lower over the past quarter.

“By including rental yields in our housing market outlook, some clarity is provided as to why investors are becoming so active, Mr Lawless said.

The RP Data-Rismark Accumulation Index, which factors in both capital gains and gross rental yields, is up 9.4 per cent over the year.

Meanwhile, a typical capital city dwelling is selling in just 45 days compared with 59 days at the same time a year ago.

Vendors are discounting their prices less, and clearance rates remain close to 80 per cent in Sydney and slightly lower in Melbourne.

“New home sales volumes are 27 per cent down on their long-term average,” Dr Dale said.

“There is still a long way to go.”