Aussies are $160bn ahead on mortgages

Home/Aussies are $160bn ahead on mortgages
Previous Next

Aussies are $160bn ahead on mortgages 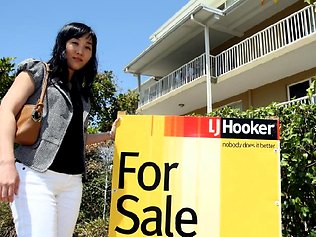 Australian families are now $160 billion ahead on their mortgages, squirreling away an extra $30 billion since the start of the GFC.

About half of the nation’s three million home-loan customers have taken advantage of low interest rates to pay down debt at a pace the likes of which has never been seen.

New Reserve Bank of Australia figures show borrowers are a record 14 per cent in front on their combined $1.14 trillion of housing loans.

In March 2008, as the global financial crisis was beginning to take effect, the mortgage buffer was 11 per cent.

“People are paying down their homes, they’re not drawing down on equity to pay for things which was going on during the GFC,” said Australian Bankers’ Association chief executive Steven Munchenberg.

“House prices were going up and people were using the equity to invest or spend, but it would suggest they are not doing that now, they are very happily paying down their mortgages as quickly as possible.”
The RBA – which has cut its cash rate at the lowest level since 1960 – estimates borrowers are 20 months ahead on repayments.

AMP chief economist Shane Oliver said that prior to the big pay down, Australia’s household debt had been at “very high and dangerous levels”.

Dr Oliver said it was important household debt was bought back to sustainable levels because high debt levels becomes a major problem if the economy takes a downward turn and unemployment rises sharply.

Home loan customers who are at least 90 days or more in arrears on their mortgage only applies to about 0.6 per cent of loans.

Clive Van Horen, general manager of home loans with the largest lender, Commonwealth Bank, said about 80 per cent of its customers were ahead: “It’s being driven by a low interest rate environment and home owners not adjusting repayments down in line with falling rates.”

ING Direct, the nation’s fifth biggest mortgage lender, reported a 30 per cent increase since the GFC in funds sitting in customers’ redraw and offset facilities.

“People realised their debts were at uncomfortable levels and they weren’t in control,” said executive director of customers John Arnott.

Their mortgage book is worth $40 billion and customers are about $6 billion ahead in repayments.

Westpac’s chief product officer David Lindberg said the bank had about $300 billion in mortgages and two-thirds of customers were in front of their repayment schedule.

“On an average $300,000 mortgage they are paying $266 more than they need to pay on their mortgages each month … that would mean the average person is 7.6 years ahead of where they need to be,” Mr Lindberg said.